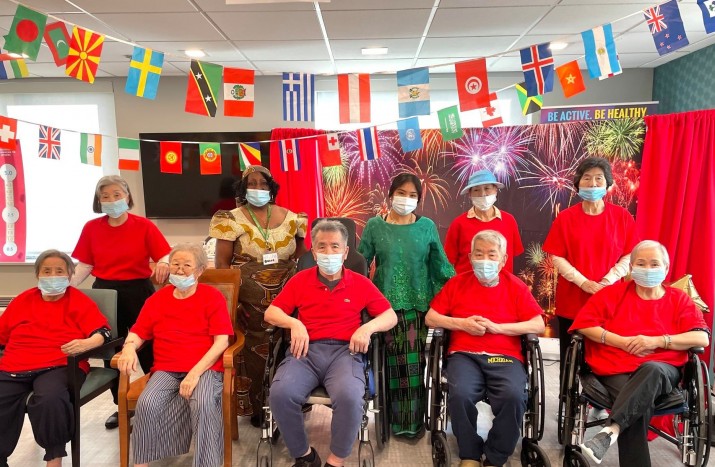 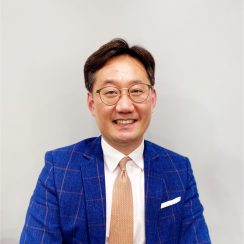 A lot of senior living providers have programs designed to get their residents involved in the community, including fitness and exercise classes, musical performances and more. However, Arbor Ridge Rehabilitation & Healthcare Center has taken an additional step to care for their residents, with the goal of helping them feel at home in the community. Specifically, Arbor Ridge—along with Marquis Health Consulting Services—created a Korean cultural program.

The community decided to focus on Korean culture because of the demographics of the area. “There are sizable Korean communities in northern New Jersey, with over 100,000 Korean senior citizens living in our region,” said Young Kim, Korean program director at Arbor Ridge, which is located in Wayne, NJ. “Simply put, our program meets high local demand.”

And this makes sense. “While the Korean program is the cultural focus at Arbor Ridge, our team has worked with other skilled nursing facilities to establish similarly-structured programs to serve Indian, Latino, Haitian and Russian populations,” said Ugochi Opara, regional director of market development for Marquis Health Consulting Services, which helped Arbor Ridge develop the Korean program. “Typically, regional demographics drive these initiatives.”

But it’s not just local demand—Arbor Ridge has had residents from as far away as Seattle, WA, look for and join the community. And although the Korean program might not necessarily be the primary reason that those residents ultimately join Arbor Ridge, it could certainly be a factor.

“Few skilled nursing settings cater specifically to first-generation Korean immigrants who have difficulty speaking English and eating different foods,” said Kim. “The objective of the program is to help them feel like they are at home by providing familiarity in every aspect of their care and daily activities.”

And they try to weave that sense of comfortable familiarity through each part of life at Arbor Ridge, from the medical care providers that they interact with, to the decorations in residents’ rooms, to the food that they eat.

“Arbor Ridge’s Korean program centers on creating a culturally authentic environment for the care and comfort of Korean seniors,” said Kim. “They enjoy the support of caregivers and medical professionals who share their values and speak their language.”

This includes a Korean medical director, psychologist, caregivers and other care team members. 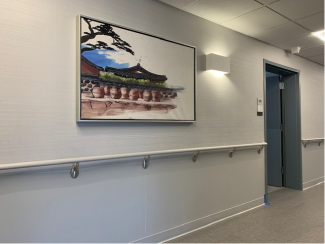 Traditional Korean artwork decorates some of the hallways at Arbor Ridge

In terms of décor, Kim noted that both the resident rooms and common areas (like lounges) include traditional decorations, such as large artwork pieces featuring Korean landscapes.

Food is another major component of the Korean program. “Our delicious, ethnic cuisine is prepared in-house for lunch and dinner, seven days a week,” Kim said.

In fact, his favorite part about the program? “[It’s] 100% our Korean food—especially the house-made kim-chi, which is a favorite traditional soul food,” he said. “Residents compliment our dishes as [being] fresh, aromatic and truly authentic in taste.”

And lastly, the program makes sure to celebrate Korean holidays—complete with traditional food and other customs. 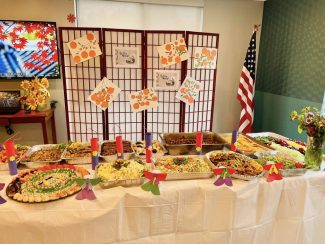 “We have a variety of cultural activities that tie to Korean traditions and holidays,” Kim began. “On September 11th, we celebrated ChuSeok—the Korean Thanksgiving. The festivities included staple traditional dishes like jeon (Korean pancakes made from vegetables, sweet potatoes, flour and fish), honoring ancestors, celebration of family and giving thanks. Korean New Year is another big holiday at Arbor Ridge. And throughout the year, our programming weaves in cultural observances and reminders of home.”

Despite the success that the program’s had so far, according to Kim, he noted that there’s always room to improve. “We are always striving to improve the experience,” he said. “We place great value on resident and family member feedback, and their overall well-being.”

But it has been going well. “Our Korean program has been running successfully,” Kim said. “[In fact,] the program’s quality has resulted in some beneficial partnerships…The Korean program will be piloting ‘Your Decisions Matter,’ a community education forum, in conjunction with Atlantic Health System’s Palliative Collaborative [Learning Collaborative] and SAGE Eldercare.”

In addition, the program is now being emulated by other senior living facilities. “The Arbor Ridge Korean program is being used as a model for additional Korean and other cultural programs at Marquis-supported skilled nursing facilities along the eastern seaboard,” said Opara.