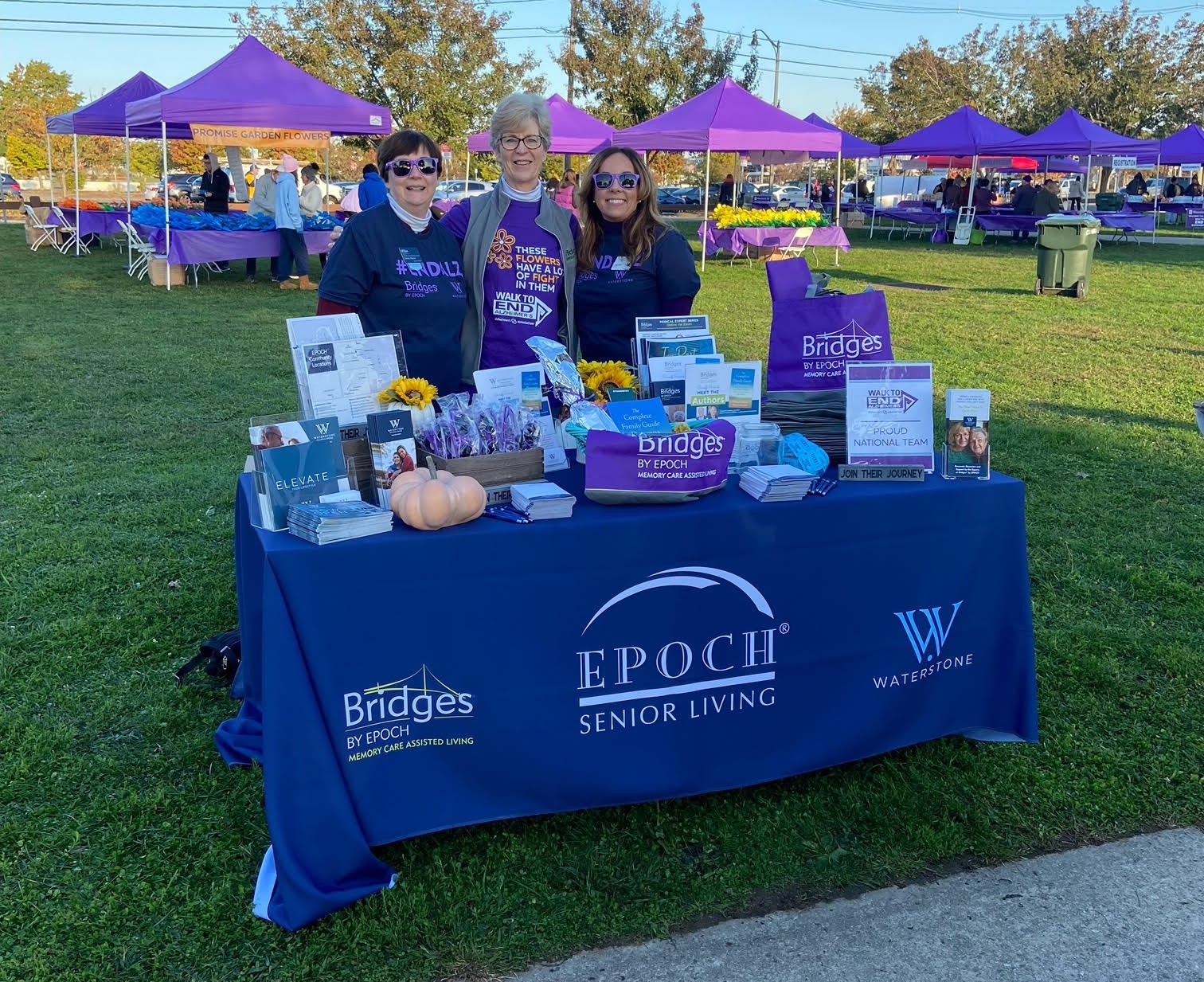 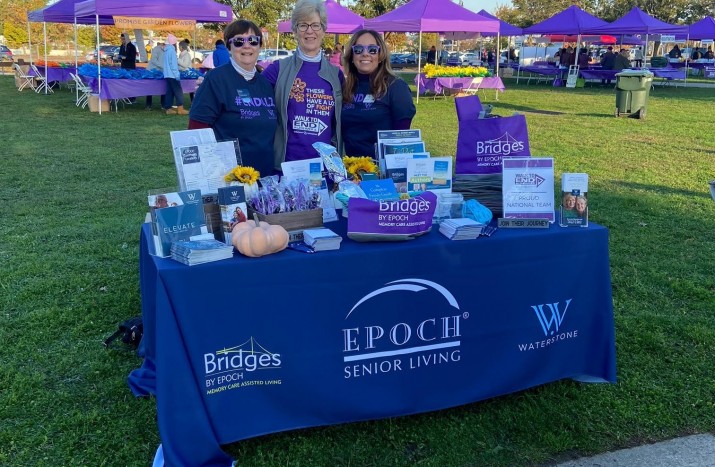 Charity Events: Fundraising for the Alzheimer’s Association (and Other Organizations)
By Caroline Chan | November 10, 2022

We’ve all been told to give back when and where we can. One senior living community has decided to incorporate giving back into their programming by hosting several charity events to raise money.

But these fundraising efforts didn’t start when the community first opened; they started before that. Bridges by EPOCH at Norwalk—located in Norwalk, CT—was offering resources like educational seminars and support groups to families in the surrounding area before the community opened in October 2017. 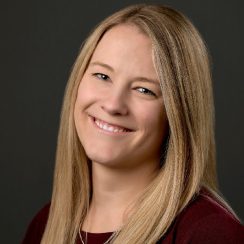 Addie Ricci, executive director of Bridges by EPOCH at Norwalk

“We saw firsthand how much these resources can help families caring for loved ones with dementia and for those living with dementia,” said Addie Ricci, executive director of Bridges by EPOCH at Norwalk. “We also know many organizations that offer vital services and resources to [those] individuals and families, and it is important for us all to support each other in our efforts. We started fundraising efforts specifically for the Alzheimer’s Association prior to opening.”

In fact, most of the community’s fundraisers—before and after opening—help the Alzheimer’s Association, and for good reason. Bridges by EPOCH at Norwalk is an assisted living and memory care community that was designed to support seniors with Alzheimer’s disease and other memory loss conditions. 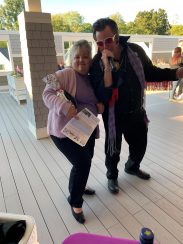 Most recently, they held their signature Paint the Night Purple event; this year’s event featured a night of rock ‘n’ roll with an Elvis impersonator. They raised money through a suggested donation at the door, a silent auction, a wine pull and raffles. The money was donated last month when they participated in a local Walk to End Alzheimer’s.

The community has also held a Celebrate Art with Heart event to benefit the Alzheimer’s Association. “[It] featured works of art by local artist Colleen Hains and Bridges residents,” Ricci said. “Colleen is our Bridges’ resident art instructor and worked with them [residents] on creating paintings around different summer themes including summer hats, birds, kites and tulips.” 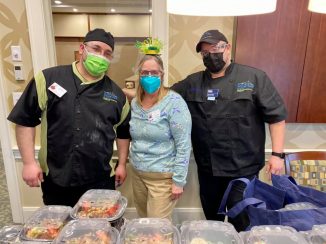 Bridges by EPOCH at Norwalk has held St. Patrick Day-themed dash-and-dines for CaringKind

“We have held St. Patrick Day-themed dash-and-dines for CaringKind, another organization that is supportive of family caregivers for loved ones with dementia,” Ricci began. “We have also collected toys for Toys for Tots and the Human Services Council with our holiday cheer/cookie decorating events.”

Additionally, they’ve held a couple fundraisers to help the Norwalk Senior Center—including New Year New You, which was a professional headshot event. 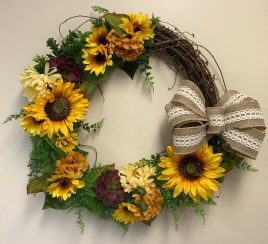 One of the wreaths for the wreath-making fundraising event

“We [also] had a spring wreath-making fundraising event,” Ricci said. “We provided the wreaths and a variety of flowers to decorate the wreaths [with,] and participants were asked to be creative by adding to what we provided. The winner was selected on Facebook with the highest number of votes.”

They’ve also raised money for ElderHouse, which is a local adult day care center in Norwalk. 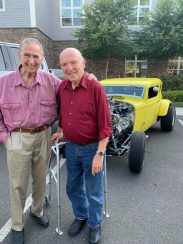 “We had a Flip Flop Lemon Drop Dash-and-Dine and a Rock ‘n’ Roll Car Show with classic cars,” Ricci added. “The car show featured a local band and drive-in food selections like burgers and a milkshake bar.”

However, her favorite event is still their signature one.

“Paint the Night Purple is always my favorite event because of how close it is to our hearts and how closely we work with the Alzheimer’s Association,” Ricci said. “We can see where the fundraising money is going and how it is helping people.”

For all of their events though, she loves that everyone’s involved—including the staff, residents, families and the broader community.

“Coming together as a team and community is the best part of organizing and hosting these events,” Ricci noted. “It is amazing what teamwork can do. To see our hard work and efforts pay off with a great event for people to enjoy and money raised for important organizations is priceless.”

Ricci estimated that within the past five years, they’ve held about 15 fundraisers for a variety of organizations, which raised over $20,000 total.

Her advice for other communities looking to hold fundraising events? “There are so many organizations and fundraising events out there to support,” Ricci said. “Pick one that’s important to you and start! Every dollar counts; there is no donation too small.”

After all, she believes that hosting these charity events is so important. “We have so many resources available to us, and it’s important to give back to these organizations,” Ricci said. “It’s rewarding and fulfilling to help people in need.”