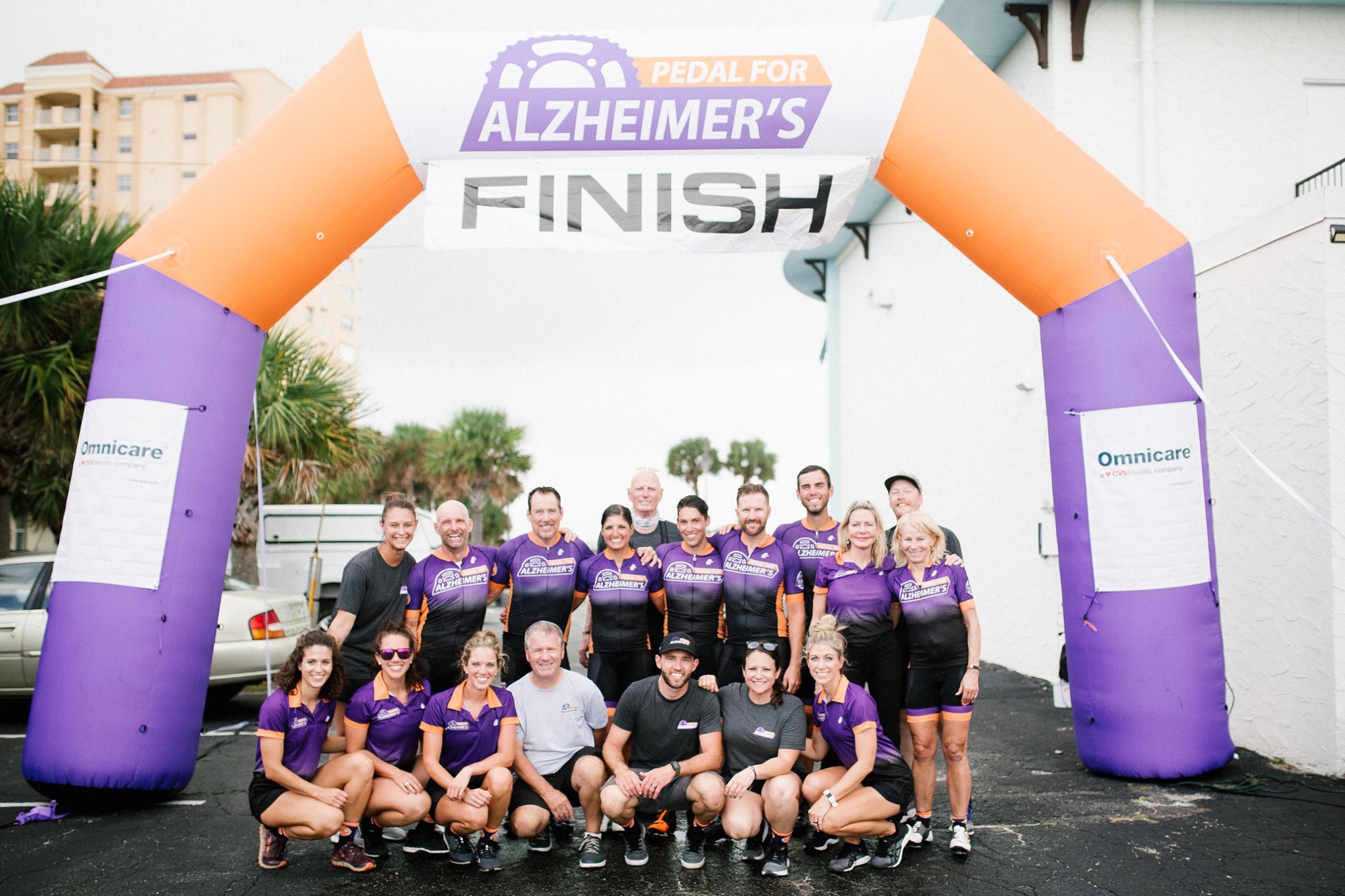 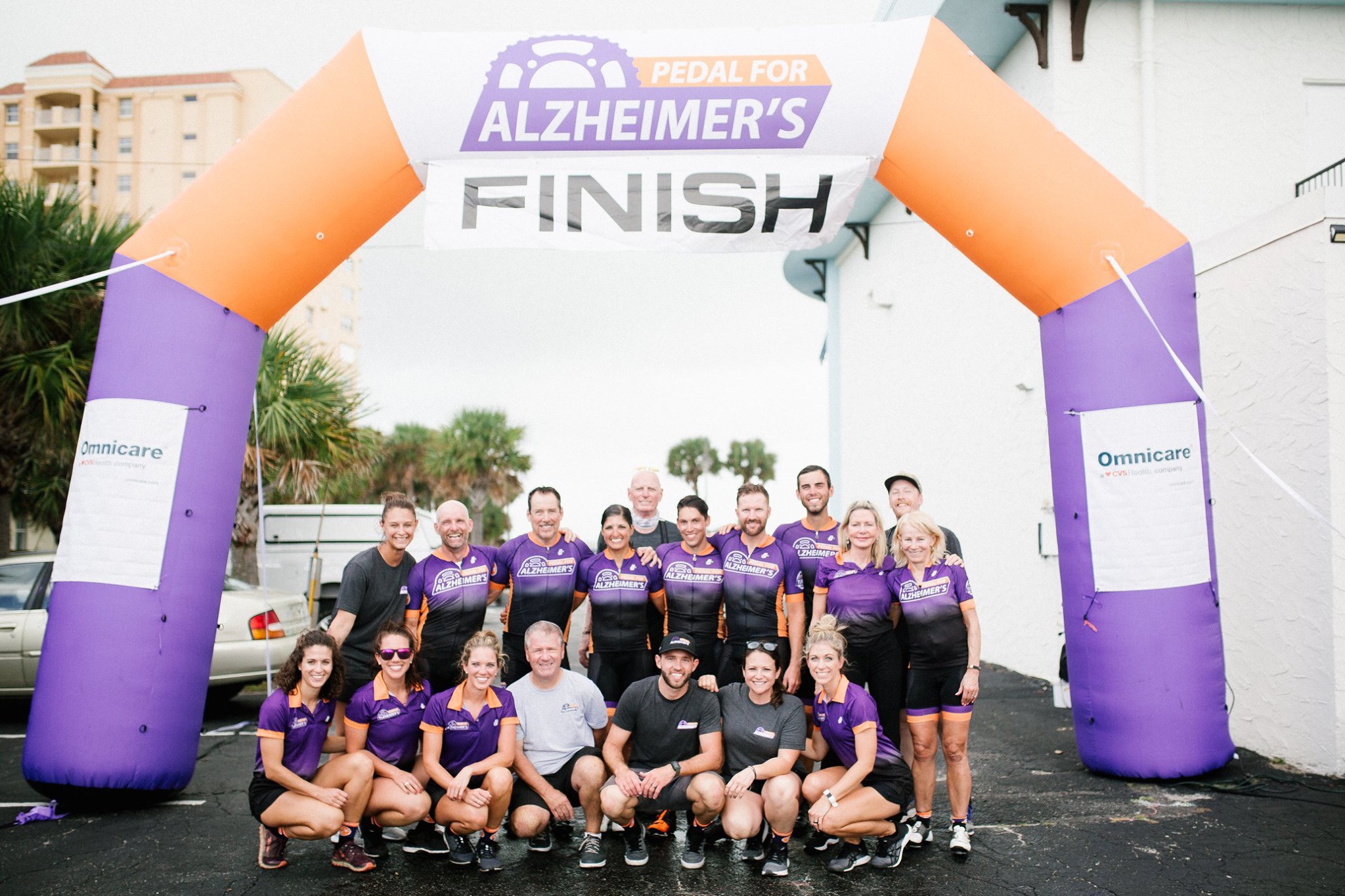 KNOXVILLE, Tenn. – Pedal for Alzheimer’s, Ltd. announces the organization’s fifth year anniversary endurance charity cycling event: Ride Tennessee. A team of 24 cyclists will ride in the 6-day, 500+ mile route to begin in Nashville with a taste of Music City, and the team will make their way through the foothills to the Smoky Mountains, and will finish in Historic Downtown Knoxville with over 25,000 feet of elevation. This charity cycling event is set for September 13-18, 2021.

“This is an event like no other. It requires you to step out of your comfort zone physically, mentally, and spiritually, but to know the personal challenge of six days of riding is being done with a team who has a common goal is so rewarding,” President and Founder Josh Crisp said. “We are thrilled to celebrate the organization’s fifth anniversary in the state where it all began. Tennessee is a special place to ride and we are pleased to open up the experience to a larger team this year to be able to bring more like-minded cyclists together to raise even more funds for Alzheimer’s research, education, support and care.”

The VIP experience will include world class support, hospitality services, nutrition and mechanical, sports recovery, media promotions, and a team celebration concert. Cyclists are required to have the physical fitness to ride six back-to-back days and commit to carrying the banner of Pedal for Alzheimer’s as an ambassador for the mission. An $8,000 registration fee per cyclist includes a VIP all-inclusive ride experience. The fee also includes a generous contribution to the 501©3 non-profit’s mission to further Alzheimer’s research, education, support and care.

“It is exciting and a little hard to believe that is has already been five years since the original crazy idea I had to push myself out of my comfort zone in hopes of raising money to give to Alzheimer’s research,” President and Founder Josh Crisp said. “It is equally as humbling to realize that cycling event would inspire others to join the cause and eventually blossom into a non-profit organization where hundreds of people are involved and hundreds of thousands of dollars have been raised.”

The event is directed by the leadership of Tom Hopper and Solinity. Partners of the event include Solinity, Podium Sports Medicine, Skratch Labs, and POC. To join the event as a partner, cyclist, or volunteer, visit PedalForAlzheimers.org/ride-tennessee-2021 or email info@pedalforalzheimers.org.

ABOUT PEDAL FOR ALZHEIMER’S
Pedal for Alzheimer’s, Ltd. is a 501(c)(3) non-profit charitable platform committed to organizing cycling events to raise money, provide education and increase awareness surrounding the mission of finding a cure for Alzheimer’s. The Pedal for Alzheimer’s organization was co-founded in 2017 by Josh Crisp and Michelle Brooke-Marciniak. Crisp is the founder of Pedal for Pat, a 1,098-mile cycling event created to honor the legacy of the late-legendary University of Tennessee women’s basketball coach Pat Summitt who died of Alzheimer’s in 2016. Crisp founded Pedal for Pat out of a desire to extend the legendary Summitt’s platform by raising awareness and donations; the event exceeded expectations for the inaugural ride by leading a team of eight cyclists over 1,098 miles to raise awareness and more than $100,000 to help families and seniors coping Alzheimer’s disease. The money benefitted The Pat Summitt Foundation and The Pat Summitt Alzheimer’s Clinic at the University of Tennessee Medical Center. Pedal for Pat was such a success that Crisp and Brooke-Marciniak formed Pedal for Alzheimer’s, Ltd. to broaden the scope of those individuals and families affected by the disease. In just three events, the organization has given over $185,000 to charities and senior care communities that further research, and that provide education, support and care.

Pedal for Alzheimer’s, Ltd. is a charitable organization overseen by board members, including Josh Crisp, Sara Mitchell, Dr. Joe Graves, and Dr. Kevin Sprouse. For more information about the event, visit pedalforalzheimers.org, and follow on Facebook, Twitter, Instagram, LinkedIn and YouTube @pedalforalz.