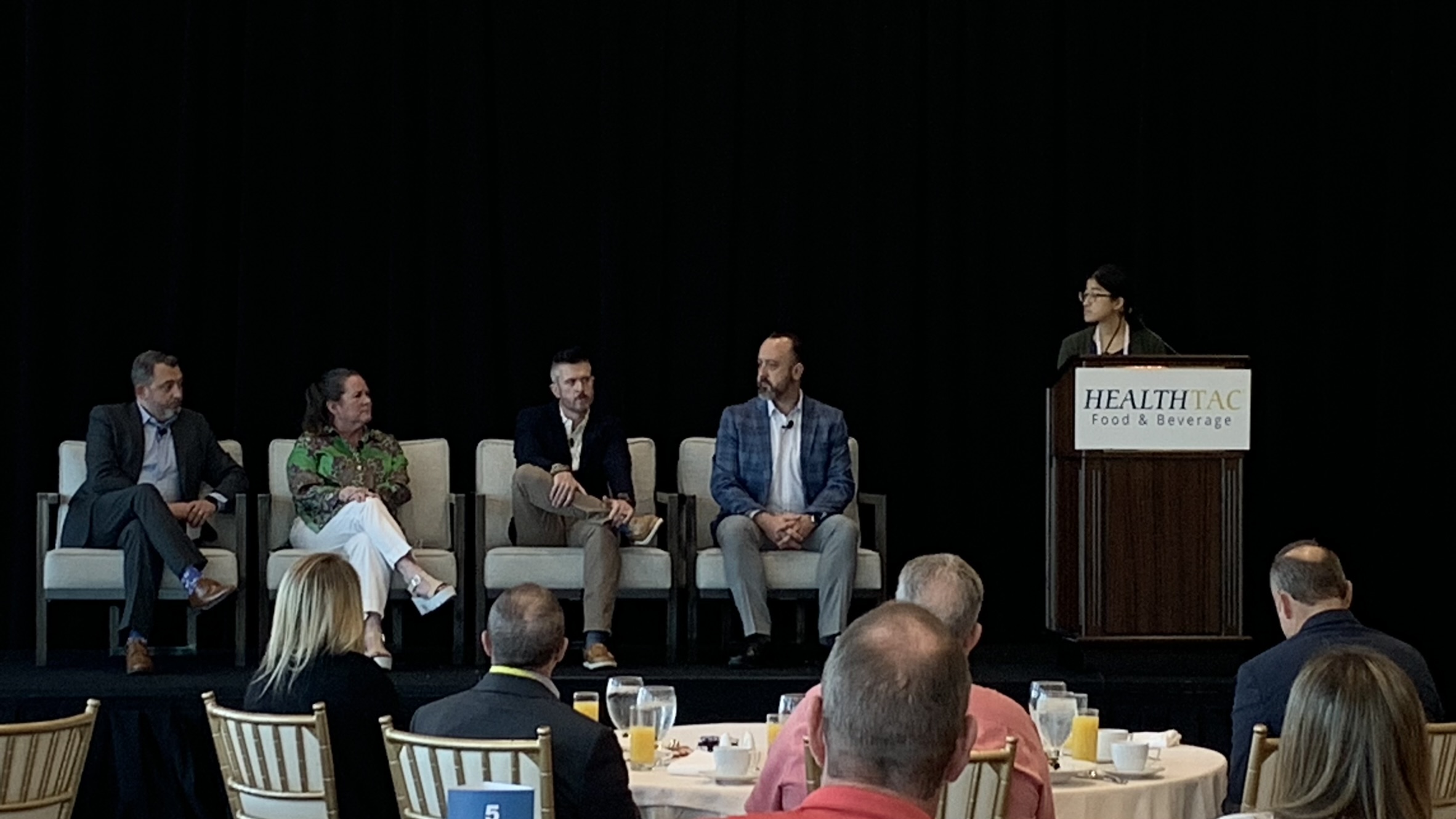 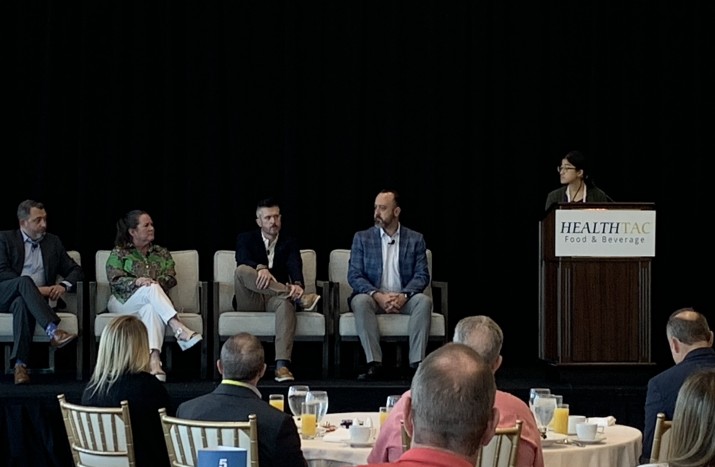 The Culinary Programs of Today
By Caroline Chan | January 18, 2023

The COVID pandemic—and all of the issues that came along with it—no doubt had an effect on senior living’s culinary departments. That’s what was discussed during the recent HEALTHTAC Food and Beverage event’s first panel, entitled “The Culinary Programs of Today: What Senior Living F&B Looks Like Post-COVID.” The panelists discussed how recruiting and retaining staff has changed, how their culinary departments overcame supply chain issues and more.

“I think it’s always been a struggle to staff our communities, but this new landscape has definitely created an opportunity for us to rethink the way that we’re looking to recruit and hire,” said Andrew Moret, VP of culinary services at Oakmont Management Group.

Another panelist noted that applicants used to have to convince companies to hire them. “Now it seems like it’s flipped,” said Ryan King, VP of dining services at The Arbor Company. “As an industry, we need to sell ourselves to the employees.”

Steven Fowler, AVP of food and beverage at Vi Living, explained that his company is working on implementing a bonus program where servers can earn more money if they meet certain efficiency-related milestones.

“But I think more than all of those financial elements of retention, it’s about really connecting with new employees,” said Fowler. “Make sure they feel [like] part of the community.”

Moret’s working on that by educating his chefs to not just ask questions about employees’ availability and experience, but also really get to know them—ask them what they do in their free time, what music and movies they like, etc.

And make sure your employees feel like they add value to your community. “Part of the Gen Z mentality is they want to be part of the future of the organization; they want to feel like they’re playing a pivotal role,” Moret said. “Rather than blow them off or tell them to focus on peeling carrots or whatever they were hired to do, sit down with them and listen to them. Sometimes you pick up a gem…that ends up playing a bigger part in the daily operation.”

On the recruitment side of things, one panelist discussed how they’ve partnered with an organization to start employing people with disabilities. “They want to work, and the residents love interacting with them,” said Laureen Herzig, corporate director of culinary services at Discovery Senior Living, LLC.

And to that point, not all of the changes that resulted from the pandemic have been negative.

“One of the really great things that came out of the pandemic was a strong focus on mental health, especially amongst athletes, chefs[, etc.]—some [of the] more high-stress lifestyles,” Moret said. That prompted him to think about how he can be a better leader, cultivate better leadership in his company and create a healthy, growth-minded environment for his employees.

Herzig agreed, adding that she’s noticed that many of her communities don’t have a corporate-level advocate to speak up for them. “You have to be the voice of these people,” she said. “[It] doesn’t matter what department they’re in; be their voice.”

On the supply chain side of things, King talked about having backup vendors for your backup vendors; hopefully, that will allow you to continue to find the products that you need. Fowler added that he encouraged his chefs to look local when they were struggling to get their staple items through their national contracts.

However, the other two panelists really emphasized the importance of communication.

“It’s all about communicating,” Herzig began. “I had this conversation with a resident. She didn’t understand why she couldn’t get romaine lettuce in her Caesar salad, because it’s not a Caesar salad if it doesn’t have romaine (which I agree with). So I educated her on the importance of the supply chain and how it’s affecting our communities.”

It’s also helpful to look at your distributors’ product forecasts so you can predict what might be ahead, Moret noted.

“Then we can educate the residents: We’re not out of it because the chef didn’t order it or because we didn’t plan accordingly, we’re out of it because there was an avian flu, romaine E. coli outbreak or whatever the reason is,” he said. “And give your chefs the freedom and ability to own it and roll with it. And no matter what comes along…[let them] have the ability to make decisions on the fly.”

To that point, Herzig believes that creativity is part of being a chef. “We give our culinarians the autonomy to make decisions, and if you don’t have something, then you have to make an adjustment—just like a restaurant would,” she said.

For example: Fowler’s communities were having difficulty getting quality lamb chops during the pandemic—they were small, tough and didn’t travel well (the community was doing room deliveries). However, this was a weekly item. So they pivoted to sourcing and making a different type of lamb chop.

“So [we’re] still giving residents things they’re familiar with, but finding other ways to do it and still meet that satisfaction with a modification,” he said.

Fowler’s also noticed a shift towards residents preferring a fast-casual style of dining. Some residents (usually the ones that have been living in the community for a while) are “entrenched” in the formal restaurant and multi-course dinner mindset, but if you explain to them that they can get the same food—just presented in a simpler way—and they don’t have to make a reservation, they start to gravitate towards it.

However, all of this is dependent on your residents—and staff—wanting to return to the pre-pandemic dining ways.